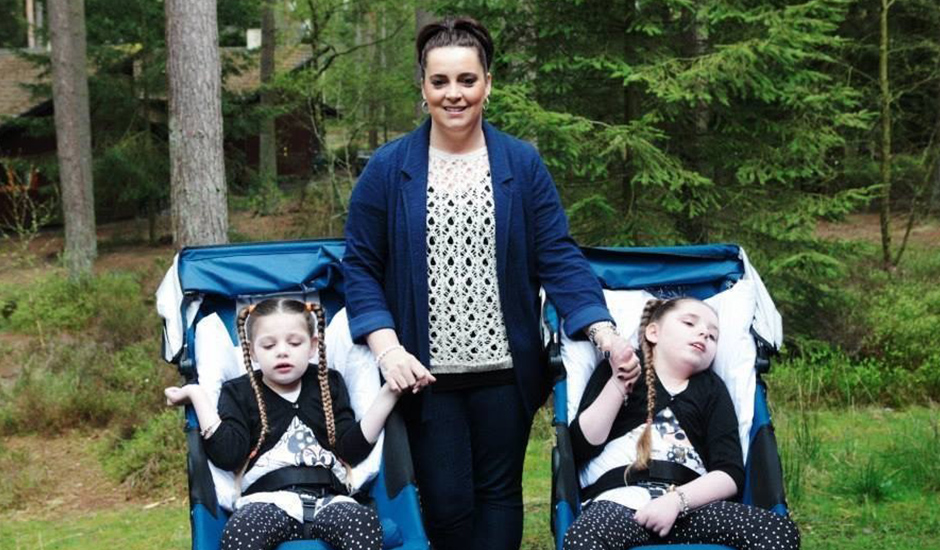 Dying Matters Awareness Week is an opportunity to highlight the importance of talking about dying, death and bereavement, all of which are so often overlooked and ignored for fear of offending or upsetting. The fact is that death, dying and bereavement are very real and for many, they are a reality.

Rainbow Trust Children’s Charity supports families living with a child with a life threatening or terminal illness. Last year, we supported over 2,200 families and of those children, three percent died.

Planning your child’s funeral is not something you ever imagine you will have to do so for families in this position, Rainbow Trust is there to help. We support families from diagnosis through treatment and bereavement and are often involved in helping parents plan their child’s funeral or prepare the family for their child’s death. We do this by making memory boxes with children and family members, or creating photo books of all the good times the family have shared to make sure that their memories are captured.

“We help families make memories when a child is dying. It’s so important to make those last months or weeks special. It gives families something to hold on to,” says Mandy, a Surrey based Family Support Worker.

In Dying Matters Week, Jayne, a mum supported by the Rainbow Trust’s Cumbria and Lancashire team, shares her story about the support she received from Rainbow Trust when she had to plan funerals for two of her young daughters.

In April 2008, and just before her fifth birthday, my little girl, Ashleigh, was diagnosed with Late Infantile Batten Disease, a rare and fatal neurodegenerative disorder. Children with this disease eventually become blind, bedridden and demented.

I’d never heard of this disease before and naturally I was devastated. Six months later, Alisha, my two year old daughter, was tested and also diagnosed. Everything around this time seemed to happen in a blur and I only vaguely remember the girls’ consultant telling me that he would refer us to Rainbow Trust Children’s Charity for family support.

I didn’t really understand what it meant by family support and when I first met with Kath and Marlene from Rainbow Trust, they explained it’s pretty much whatever I want it to be. I thought it all sounded too good to be true but I remember that first visit, I’d just moved house and Ashleigh had just come out of hospital. The house was a mess, I was a mess and Kath came in with a case full of fun activities and kept the girls occupied for a few hours while I got the house in order, myself in order, and got the TV set up for Lucy. When she left, I sat down in a much calmer state and thought, “Wow, these people are amazing!” and I couldn’t wait for the next visit - neither could Alisha. She would see Kath or Marlene with that case full of fun and within seconds, like the little whirlwind she was, she’d have everything out. Both girls had so much fun with them.

As time went by, the girls’ disease progressed to the point where they both lost their mobility and, as a single parent, I couldn’t get the girls out so much. I didn’t like to burden Lucy as she had schoolwork and exams to study for, so having an extra pair of hands to push one of the girls in their wheelchairs to an appointment or to feed the ducks on the canal, was a God send. During hospital admissions it was so helpful to be able to call Marlene and ask if she could collect Lucy from home or school and bring her to hospital and even if I didn’t need anything, just having that contact number was so reassuring.

In May 2014, at just 10 years old, Ashleigh died and became an angel in heaven. Without Marlene’s support and advice at this time, I would have really struggled, especially on the day of Ashleigh’s funeral. I decided that Alisha should attend the church service but I was worried she might need to leave during the service. Marlene told me exactly where she would be sitting so that if needed, I could turn around, give her a nod and she would come and take Alisha out and look after her. Alisha was fine throughout the service, but having that reassurance from someone Alisha knew and trusted, was invaluable for both of us. After the church service, Marlene helped me at the crematorium so I could be alone with Ashleigh for her committal. She kept everyone away and led everyone to the garden where we later had a balloon release.

Ashleigh and Alisha were reunited in August 2016 when Alisha, also aged 10, went to heaven. Again, Marlene’s support during this time was amazing. She came almost every day. She helped organise things on the day of Alisha’s funeral and again, at the crematorium, she kept everyone away so I could have those last moments with Alisha in peace. She read a lovely poem at Alisha’s balloon release

Things are so different now. My whole life revolved around Ashleigh and Alisha and the people that I used to see regularly who were there for them. They all stopped coming so I asked Marlene, “When will you stop coming?” Thankfully, her reply was, “We’ll be here as long as you want us,” which was such a relief because I need her more than ever now.

I see her about once every four weeks and she’s the only person I feel I can talk to about my grief. She listens and when I feel I’m going mad, she reassures me that everything I’m feeling is a normal reaction to what’s happened. And if I’m acting a bit unreasonable, she’s very honest and says so. Then we laugh about it - she has a great sense of humour and even through the saddest times, we’ve managed to have a giggle.

I could never thank Rainbow Trust, especially Kath and Marlene enough, for all the support they’ve given us over the years, it would have been a much lonelier journey without them. To think I’d never even heard of them before the diagnosis - an amazing charity doing amazing work. Ashleigh and Alisha loved Kath and Marlene very much.