Dorking Colour5k showered with colours of the Rainbow

Dorking Colour5k showered with colours of the Rainbow 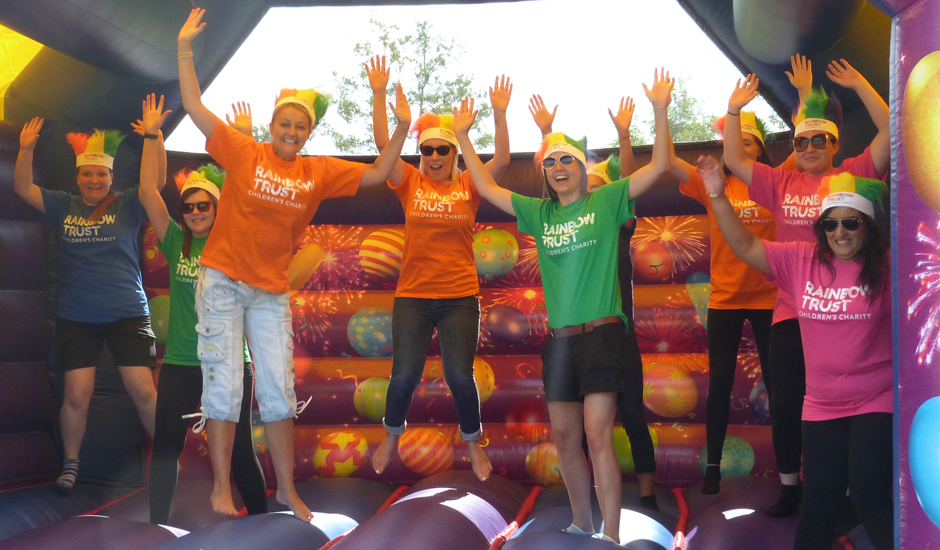 On Saturday 18 July a spectrum of paints covered runners at Dorking’s first ever Colour5K in aid of Rainbow Trust Children’s Charity. Over 300 runners took part to support families who have a child with a life threatening or terminal illness. The day was a huge success and runners, family and friends helped the charity raise over £3,000.

The day kicked off with a free warm up by Natural Fitness Company, Dorking and was followed by a 1km race for six-16 year olds and a 5km race for 16 years and up. All races included colour bandits who showered runners with different colours as they passed each checkpoint, creating a colourful masterpiece. As well as the rainbow coloured excitement, participants and supporters of all ages got to enjoy face painting, bouncy castles and cake decorating.

The star of the day was local athlete Emelia Gorecka who also showed her support for Rainbow Trust by running the race and handing out medals to other competitors. She said:

“It’s great supporting such a fantastic charity whilst having so much fun. I was really keen to get behind Rainbow Trust after hearing about the work the charity does. Being able to support them at an event like Colour5k allows me to tie in two things I’m incredibly passionate about and I look forward to working with them in the future.”

The family fun day ended with a crazy colour extravaganza in which participants were each given a cup of paint at the end of the race to completely cover one another.

Emma Haines, Director of Marketing and Fundraising at Rainbow Trust, says: “It’s really great to see organisations like Colour5K supporting Rainbow Trust. We want to thank them and all the people who attended and donated. The money will really help families with a seriously ill child receive the vital support we provide”.

Kate Faccenda from Colour5K said: “The first Dorking Colour5k was a huge success and we’re absolutely delighted to have raised such an incredible amount of money for Rainbow Trust.”