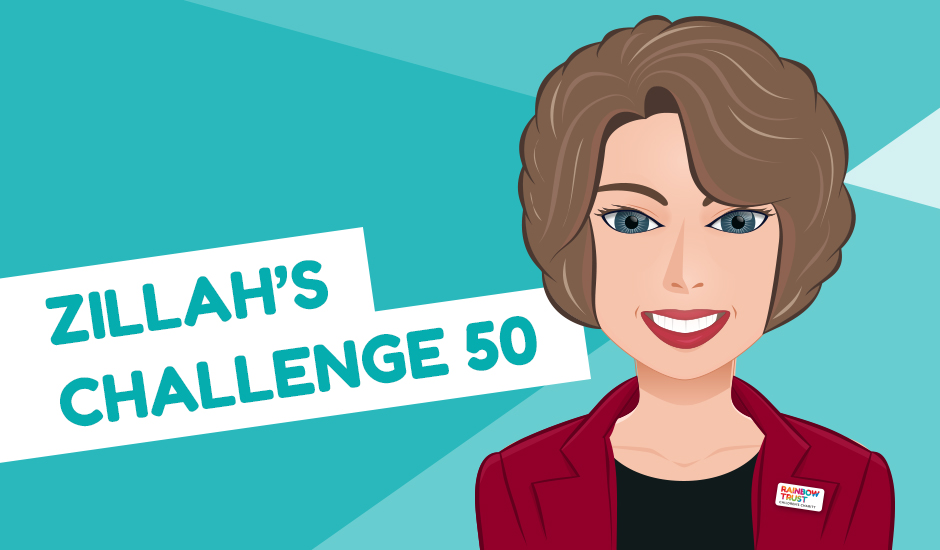 So Challenge 1 was my first ever saxophone lesson.

Now to be clear I can read music. I also played the recorder as a child and tried to play the oboe for a short time. But goodness me how VERY different it is attempting to get a noise out of the saxophone!

Rainbow Trust’s very own Karen Shortland was my excellent teacher. Aside from working for Rainbow Trust in her spare time Karen plays a vast number of instruments in a marching band, teaches children to play them and is part of running a local scout group. She is a busy woman!

So 3pm Friday 3 February was the allotted time. We decided to do the 45 minute lesson in the office conference room – much to the concern of the team, given the expect noise akin to a strangled cat. In any event, the room proved to be a little more sound-proofed than expected, although Dave did decide to join in in the open plan office with the bicycle hooter which normally signals that someone has donated. On this occasion I was hoping it was not a hint to get me to stop!!

The lesson was great and focussed mostly on getting the right sound out of the instrument which depends on the way you move your facial muscles – all very technical. The other thing that I noticed was how much puff you really need to play it. Whilst where to put the fingers was not too tricky as it is very similar to a recorder, going up an octave is really hard. I was fairly exhausted after 45 mins.

Having attempted a few scales, struggled my way through Strangers in the Night, we called it a day. The big challenge for me will be to get in the hours of practice (without making my neighbours leave home!) in order to be able to be credible playing something in front of an audience at the end of the year for Challenge 50!

So I am up and running and let’s see where it goes. Huge thank you to Karen and to all of you that are supporting me.