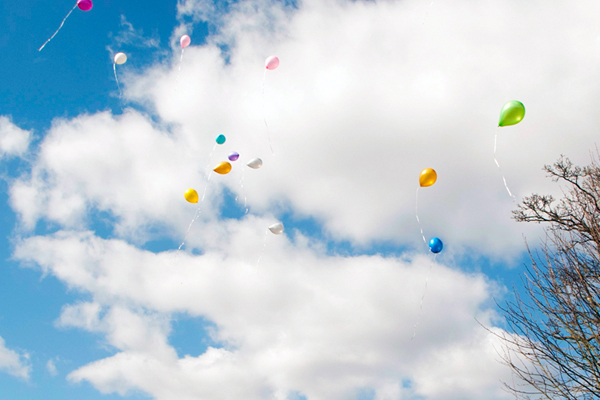 Rainbow Trust Children’s Charity welcomes a wide ranging debate on ‘Bereavement leave for families who lose a child’ which was held in Parliament on 12th September.

This was secured by Paul Masterton, Conservative MP for East Renfrewshire and a member of the All Party Group for Children Who Need Palliative Care, who referenced the information provided by Rainbow Trust on this issue alongside other organisations.

The debate relates to a proposal for employed parents to receive statutory paid bereavement leave. The proposed legislation would end the current situation in which employers are only obliged to offer ‘reasonable’ time off to bereaved employees, which is not necessarily paid. This has government backing, and follows concerted lobbying by another MP, Will Quince, Conservative MP for Colchester, and by the All Party Group on Baby Loss. The proposal was in the Conservative Party Manifesto and is being taken forward through a Private Members Bill put forward by Kevin Hollinrake, MP for Thirsk and Malton.

Rainbow Trust knows that parents of children with a life threatening or terminal illness often spend months or years combining work and care for their child. To do this they frequently have to negotiate some flexibility with their employer to enable them to fit their work around their child’s appointments, in-patient treatment and any sudden health emergencies. While many employers show compassion, some do not. Providing all employees with a minimum entitlement to paid time off work would remove yet one more issue on which to negotiate with an employer and would be one step towards reducing the stress on families as they come to terms with the death of their child.

As quoted in parliament, our survey in 2014 found that more than half of parents who were working at the time their child died did not feel they were given enough time to cope, and that 50 per cent took at least one month off work. One recently bereaved parent told Rainbow Trust:

‘I think the approach an employer takes to bereavement leave is crucial in helping bereaved parents try and continue with normal life. If the bereavement policy is not flexible and if the employers are not understanding of the catastrophic avalanche of feelings that accompany losing a child, then remaining employed or performing well in your role could be extremely difficult.’

In particular, Rainbow Trust is calling for the proposals to allow parents maximum flexibility to take any entitlement to time off work. This is important to allow them the necessary time to plan a funeral, and attend a post mortum if necessary. It would also recognise that the bereavement will have a significant impact on a parent’s ability to function for many months and years to come. Additionally, we urge government to consider how the self-employed could access a similar entitlement, and to look at how best to support bereaved parents who have given up work entirely in order to care for their child, to cope with the sudden ending of benefits related to their child and the immense challenge of resuming paid work while still coming to terms with their child’s death.

You can read the full debate here.