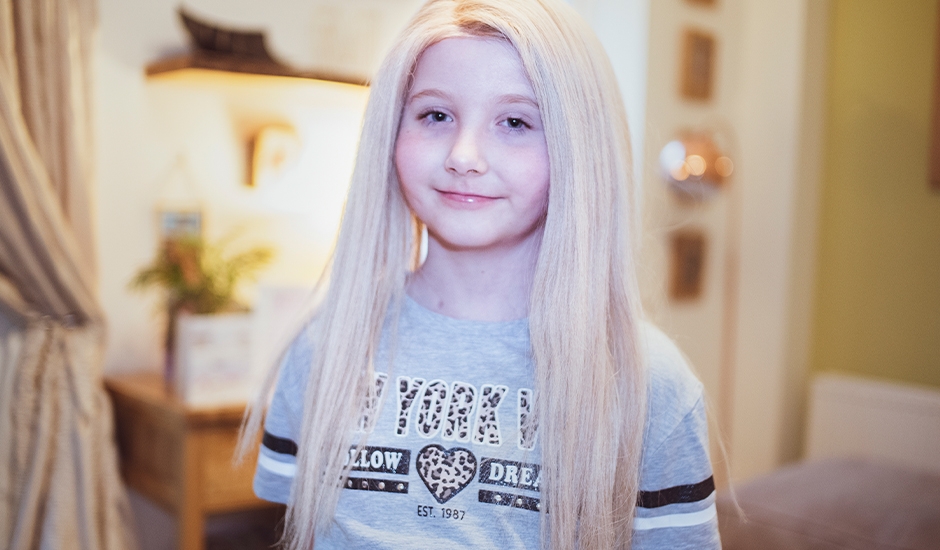 An 11-year-old girl, who is recovering from bone cancer, has been selected by Rainbow Trust to be the charity’s Ambassador for Chris Evans' family festival, CarFest, which is taking place this weekend, 27-29 August, at Laverstoke Park Farm in Hampshire.

Rainbow Trust is one of the seven charity partners for CarFest, the UK’s biggest family fundraising festival, which has raised over £16.5 million for UK children’s charities since it began in 2012.

Anna and her family have received support from Rainbow Trust since 2018 after Anna was diagnosed with bone cancer. The story of how Rainbow Trust helped her family will be shared throughout CarFest to bring to life the work of the charity and how it supports families with a seriously ill child, like theirs.

Anna was first supported by Rainbow Trust aged eight after her mum, Laura, noticed she was limping and an x-ray showed an unexplained fractured hip. A bone biopsy confirmed it was bone cancer.

Following an emergency operation and 18 rounds of chemotherapy at Bristol Children’s Hospital from November 2018 to June 2019, Anna now has a prosthetic hip and had to learn how to walk with it.

Happily, Anna rang her end of treatment bell on 23 August 2019 and must visit the hospital every three months for check-ups at the tumour clinic.

However, she suffered a huge setback in September 2019 when a nasty fall meant she had to be placed in a cast from hip to toe and underwent intensive physiotherapy in order to walk again.

Shortly after Anna’s diagnosis, the family was referred to Rainbow Trust. Their Family Support Worker Charlotte has provided vital emotional and practical support to them in various ways, attending hospital appointments with them and caring for Anna and her brother Max when Laura and her husband, Gary, needed a break. Laura said:

“Charlotte has been a constant positive presence for our whole family and her role has adapted as our needs have changed. Without Rainbow Trust and Charlotte, our situation would definitely have been a lot harder.

“From a practical side, there were times when Anna was stuck at home and hadn’t seen anyone in ages, so having Charlotte come in has been great. They’d chat and play games and Charlotte knows all about her. When Anna was having treatment, she’d visit every week which really broke it up and gave her something to look forward to.”

Laura said Anna was very anxious during treatment and didn’t like doctors discussing anything in front of her.

“It really affected her mentally and emotionally - she had panic attacks as she was a very sensitive little girl at that time. Having Charlotte to help keep her calm was a great help.

“Charlotte helped take the burden off me and encouraged Anna to be positive throughout her treatment. We did it together which made it easier for me. She unburdened me, so we were not alone trying to help Anna through it. What Charlotte does is not a job, it’s a vocation – not anybody could be a Family Support Worker.”

“Rainbow Trust has honestly been the charity that has made the most difference to our lives, so we were delighted when the charity asked Anna to be Ambassador for CarFest. It’s our small way to give back for all the amazing support we’ve received and Anna is over-the-moon to feel one step closer to being famous!”

“We are so grateful that Anna and her family have allowed us to use their powerful experiences to highlight our work in helping families with a life-threatened or terminally ill child. No one can explain the work we do better than the families themselves and I’m sure Anna’s story will raise lots of awareness and funds for Rainbow Trust during CarFest.”

Anna’s story will be shared throughout the CarFest weekend in the event programme and through its social media, including a short video that Anna recorded thanking CarFest for raising money for Rainbow Trust.

During the festival Rainbow Trust staff and volunteers will be running an arts and crafts tent for children to enjoy which has been sponsored by Plum Products UK, the active play specialists and dedicated corporate partner of Rainbow Trust.