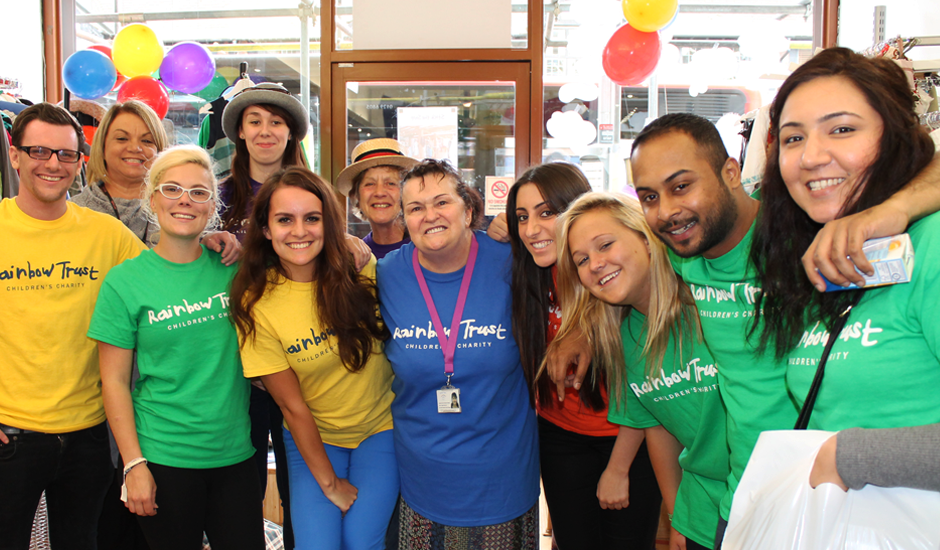 After first working with 1st Credit in 2013 we were thrilled the company decided to take part in a Rainbow Trust’s “Battle of the Boutiques’ retail Challenge. On Thursday 21 August two teams of 1st Credit employees “The Cheam Rainbows” and the “The Rainbow Rangers” fought to see which team could increase sales in their shop by the highest percentage aiming to raise funds and awareness for the charity.

After the grand effort of last year it was hard to see how 1st Credit was going to top it. Nevertheless they hit the ground running, calling out to clients to provide raffle prizes, encouraging colleagues to sign up for events and encouraging friends and family to donate, having already raised over £1,895 before the event had even begun!

In spite of it being an extremely hot day both teams took to the streets with huge enthusiasm and eagerness. The teams worked tirelessly fundraising and collecting bits and bobs for a fortnight before the day itself. Despite all of this, there was to be only one winner. Leatherhead’s ‘The Rainbow Rangers’ won but together both teams raised an amazing total of £10,000

Both teams gave it their all with a tremendously good effort, which you can see on our Pinterest site

A huge thanks to Eddie & Chris, company directors, who judged the competition on the day. And Colleen and Sue, from the charity committee, who organised the challenge and coordinated all activities in the lead up to the event.

If you want to get your company involved, email us. You can view 1st Credit’s previous battle on YouTube.