Meet Jody and her family 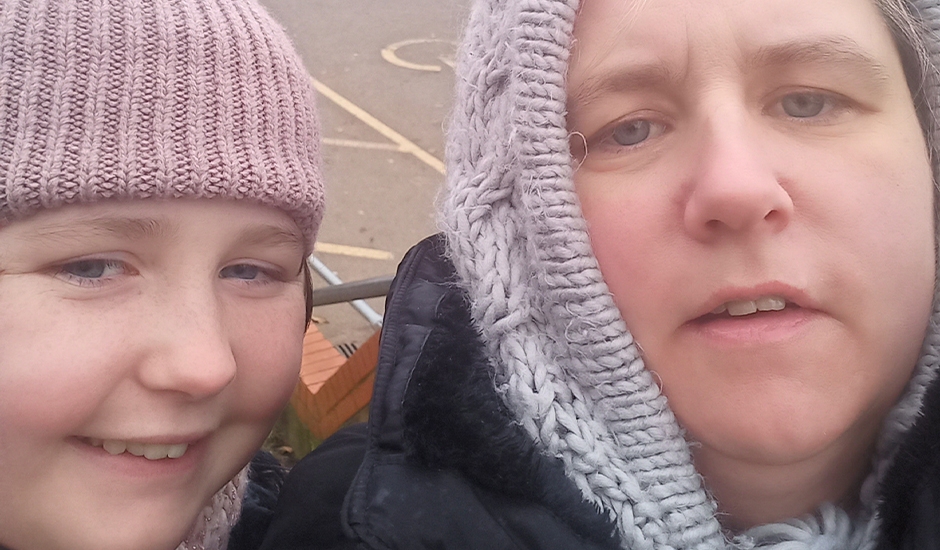 In March 2021, Rainbow Trust revealed results from a new survey which illustrated the immense strain on families caring for a life-threatened or terminally ill child during the pandemic.

The survey highlighted experiences from parents including Sarah, whose 14-year-old daughter Jody relapsed with a brain tumour in November 2020 and required surgery in December. She told us at the time how the third lockdown affected her family the most.

Sarah said, “This lockdown has been much harder because I’ve felt a lot more fearful. As well as her brain tumour, Jody has special needs which has made her even more dependent on me.

“I’m a single parent and although my Dad is in my bubble, he doesn’t live locally so I don’t get a break. I was made redundant in January this year so it’s been a very tough time for us.

“When Jody first had a brain tumour in 2018 I was able to rely on support from friends and meet them for a coffee and a chat but this time I’ve had to cope on my own, which has been very intense, particularly as Jody hasn’t been at school and has been unable to socialise with her friends.

“Jody’s daily radiotherapy has caused me real anxiety during the recent lockdown as I don’t want to be in and out of hospital during a pandemic, but we have no choice. I’ve become very scared about driving long distances, but thankfully Jody’s Grandma has been a massive help as well as my Dad and Rainbow Trust giving us lifts to hospital so that I don’t have to drive.

“Our Rainbow Trust Family Support Worker, Nicki, has also helped me by having virtual support sessions with Jody, which she loves. Jody can talk to her about her favourite activities and I’m grateful that it’s one opportunity for me to have a little breather while they chat.”

This was the third survey we conducted since the COVID-19 pandemic began. In 2021, 56% of respondents said that their family situation was worse or much worse than the first national lockdown and 54% also said that their mental health was either ‘worse’ or ‘much worse’ than in March 2020.

The survey was a clear indication of the vast pressures families with a seriously ill child were under, as they continued to face stress and anxiety over the health of their child. 63% of parents said the risk of their child contracting COVID-19 was their greatest concern and 63% were still shielding.

Medical treatment was affected for 51% of families surveyed which included delayed appointments, suspended treatments and problems accessing medication. One family surveyed said prior to the pandemic their child was assessed by their consultant every 21 days but this was dramatically reduced to every 12 weeks.

Please donate today, so we can continue to support more families, like Jody's.