Meet Henry and his family 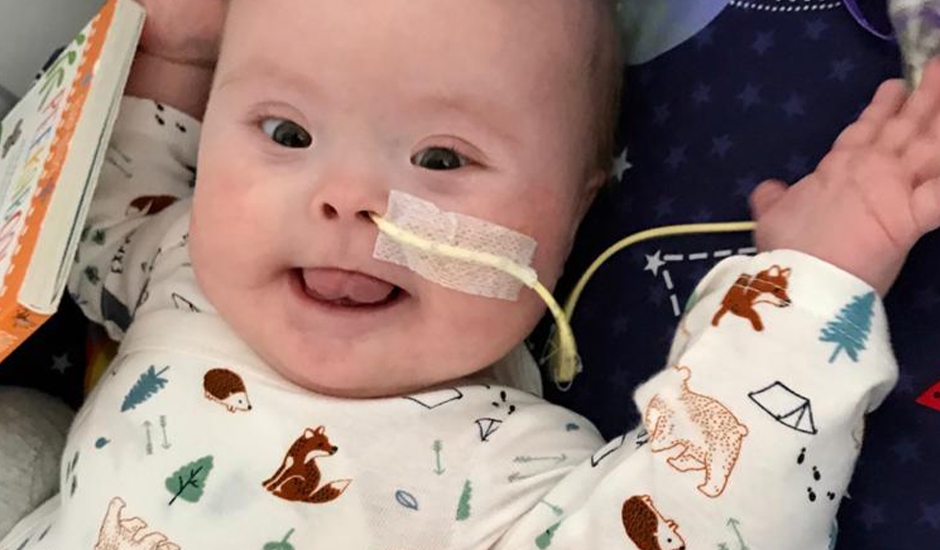 Amy was referred to Rainbow Trust in January 2020 by the neonatal team at Burnley Hospital, while her son Henry, then four months old, was an inpatient, awaiting open-heart surgery.

During the pregnancy Henry was diagnosed with Down’s syndrome, as well as a heart condition called atrioventricular septal defect and cardiac failure. All this was very worrying for Amy and she wasn’t sure how she would cope with it.

When Amy started receiving support from Family Support Worker Brodie, she was staying at Parent’s Accommodation near the hospital with her other son, George, who was two years old.

Being at Henry’s side and caring for George was very difficult and immensely demanding. Amy felt very alone, isolated and she was struggling to cope. Brodie supported the family at the hospital. She would sit with Amy at Henry’s bedside offering emotional support, someone to talk to. She would take George out to play so Amy could spend time with Henry without worrying about entertaining and looking after George. Brodie would also sit with Henry so Amy could go and spend quality time with George.

This support meant Amy did not feel guilty about spending time with one of the boys and not the other; she knew each week that she would have that time, as well as someone to talk to. Amy really welcomed this help because it made her feel less isolated and gave her respite from looking after and worrying about both boys.

When the pandemic hit in March 2020, visitors were no longer allowed in the hospital due to COVID-19 restrictions. Unfortunately, this coincided with Henry’s open-heart surgery.

Whilst Brodie was unable to go into the hospital, she continued giving Amy support. They would regularly speak on the phone, giving Amy that constant emotional support, someone to talk to, to discuss her concerns. Brodie was able to give her advice and reassure her when she needed it the most.

After a couple more months in hospital Henry was improving and the consultants discharged him. This was wonderful news for Amy: she was finally able to leave the Parent’s Accommodation near the hospital and go home with her boys.

In November 2020 Amy felt that she no longer needed Brodie’s support and they agreed to stop. Amy continued to get in touch with Brodie every so often when she needed advice. She said: “I’ve always felt that Rainbow Trust’s help was the only support I could turn to. Family Support Worker Brodie was always happy to help.”

Things changed in May this year, when Henry was admitted to Blackburn Hospital with serious breathing and chest problems. He now requires oxygen 24 hours a day. Knowing where to get the support she needed, Amy immediately contacted Rainbow Trust and Brodie started helping them again as they were struggling with many of the same issues as before.

Due to ongoing restrictions, visitors were not allowed on the ward, except for medical or social care professionals, and Amy was again feeling isolated. This time she wasn’t even able to see her eldest son, George.

Thankfully, as a professional, Brodie was able to give respite care on the ward and sit with Henry while Amy had a break and spent time with George. Brodie has also stayed with Henry to enable Amy to go home and get the house ready for their return.

Now that the family are back at home Henry still needs oxygen 24 hours a day. Brodie continues to support Amy’s family, giving her respite and emotional support until Henry recovers.

Please donate today, so we can continue to support more families, like Henry's.