Meet Anna and her family 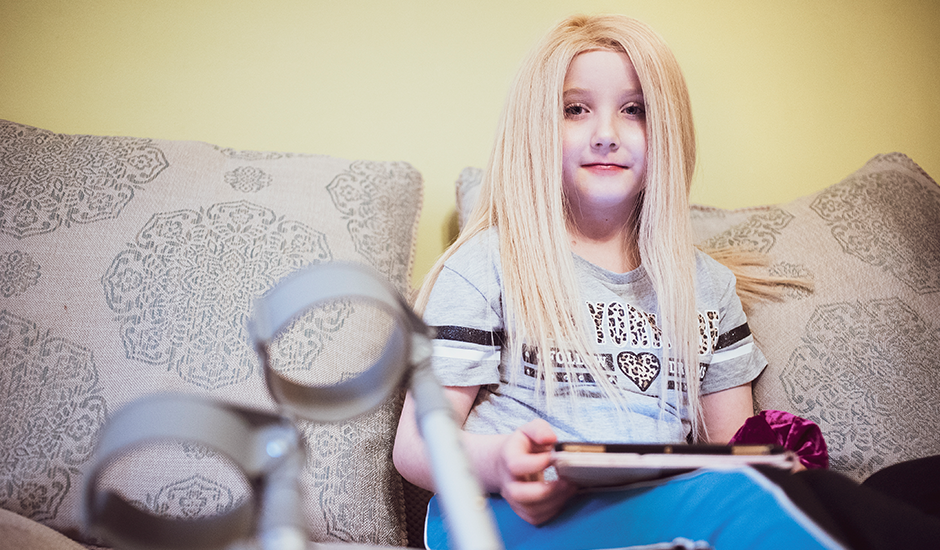 Anna was eight years old when she was diagnosed with bone cancer in 2018. Following an emergency operation and 18 rounds of chemotherapy at Bristol Children’s Hospital, Anna now has a prosthetic hip and had to learn to walk with it.

Charlotte helped with hospital appointments and would sit with Anna while Laura spoke to consultants. Having someone she trusted to leave Anna with, meant that hospital appointments were much less stressful. Charlotte also supported Laura while she tried to keep Anna positive when treatment was particularly gruelling.

“During treatment, Anna was very anxious. She didn’t like the doctors discussing anything about her in front of her – they’d have to leave the room. It really affected her mentally and emotionally - she had panic attacks as she was a very sensitive little girl at that time. Having Charlotte to help keep her calm was a great help – she became a non-medical friend for Anna,” says Laura.

Charlotte also supports the family at home looking after Anna and her little brother Max, while Laura does errands and chores or just has a much-needed break.

Whilst Anna’s health is improving, she recently suffered a huge setback on her first day back at school in September when she fell over and chipped her femur. She is now in a cast from hip to toe and, despite having mastered walking with the prosthesis, will need to start the whole learning process again once her cast is off. So, she will be visiting Birmingham Hospital, where she has her prosthetic fitted, for a week of intensive physiotherapy in order to walk again.

“Without Rainbow Trust and Charlotte, our situation would definitely have been a lot harder. From a practical side, there have been times when Anna has been stuck at home and hasn’t seen anyone in ages, so having Charlotte come in has been great. They chat and play games and Charlotte knows all about her. When Anna was having treatment, she’d come for an hour a week which really broke it up and gave her something to look forward to,” says Laura.

“With childhood cancer, the support often means receiving lots of toys and presents which is amazing, but Rainbow Trust has honestly been the charity that has made the most difference to our lives. What Charlotte does is not a job, it’s a vocation – not anybody could be a Family Support Worker, it’s people that live for the cause and that runs through everything that you all do.”