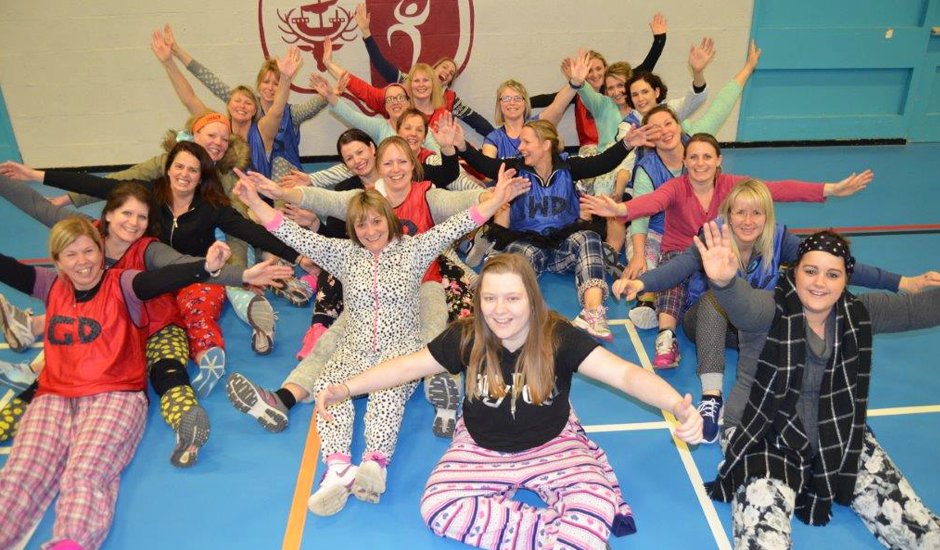 On Friday 26 February 2016, Katie and her team of Netball Mums took part in a 12-hour sponsored netball match, to raise funds for four charities, including Rainbow Trust.

“We decided to raise money on behalf of the four charities that the school we play at, Noadswood, support. Rainbow Trust being one of them. As the name Netball Mums suggests, we all have children and realise how precious they are (event though they drive us mad at times!)”

This was the first time the team had undertaken a challenge together and they set their sights high hoping to raise £2,000. Between them, the determined group managed to exceed their fundraising target and went on to raise an incredible total of £2,800 to support four very worthy causes.

Not content with just playing a 12-hour netball match, the team of 23 ladies also played to different music accompanied by some interesting outfits!

“We matched the music with different outfits including tutus, wigs and even Disney toys. We had a great Ref, Emma, who ensured we kept on time and that we followed at least a couple of the rules!”

Aside from the match itself, the team also asked family and friends for sponsorship and raised additional money by selling cakes to all their spectators.

“By the end we were tired and tearful, especially as “We are the Champions” was our last song. Due to the adrenalin we didn’t sleep much when we got home, even though we were already in our PJ’s - the last hour’s outfit! It gave us an amazing feeling which lasted for weeks afterwards and we were so proud of ourselves. Firstly, to have got 23 women to agree to the challenge, secondly to have exceeded our sponsor target of £2,000 and, thirdly, to have completed the challenge - of which I was never in any doubt.”

Katie said that the support from Lily at Rainbow Trust has been great and that it was wonderful to have someone represent the charity when the cheque was presented.

We think The Netball Mums are a huge inspiration and would like to thank Katie and her team on behalf of all of the families we support – you’re amazing.

Inspired by the Netball Mums? See how you can get involved and be a fundraising star.